Andrew Mandel writes:
Everyone,
We have critical ​new information that doubles down on the need for resources directed to public education in the revised East Ramapo budget.
In a new video in which Dr. Wortham is celebrating student growth, the numbers show that district students are falling further and further behind grade level. Students appear not on track to making a year’s worth of progress — let alone the additional ground they need to catch up to be proficient — in a year’s time.

For example, eighth graders entered the year at a 5.5 grade level (the middle of fifth grade, or 2.5 years behind where they ought to be). As of April, those students were at a 6.2 grade level (the beginning of sixth grade), which means that they are now almost three grade levels behind! First graders who entered the year at 1.3 in reading (above a first-grade level) had progressed to a 1.6 (up 0.3) from September to April, meaning they will enter second grade behind.

Before Dr. Wortham came to the district, we didn’t even know how students were truly doing throughout the year. So, that’s actually a leap forward. Now, Dr. Wortham should be sounding the alarms, emphasizing the need for every dollar of the school budget to go toward improving student performance. What we are funding right now is totally insufficient to ensure the success of our teachers and students. The June 20 budget requires a total focus on improving public school performance. We must stop the backslide!

The law already stipulates the our budget should be focused on expanding educational programming. The tax-cap override failed, and the Commissioner has already rescinded budget approval when a tax-cap-compliant budget tried to include non-public transportation. But we cannot leave anything to chance.
Please e-mail Commissioner@nysed.gov, charles.szuberla@nysed.gov, and dwortham@ercsd.org to say: “I’ve seen the new statistics where children in East Ramapo are falling further and further behind grade level. There’s no time to waste. This year’s revised budget must focus our resources on expanding educational programming, which the law requires, not on non-mandated, non-public transportation.”
Thanks,
Andrew 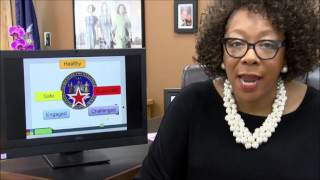