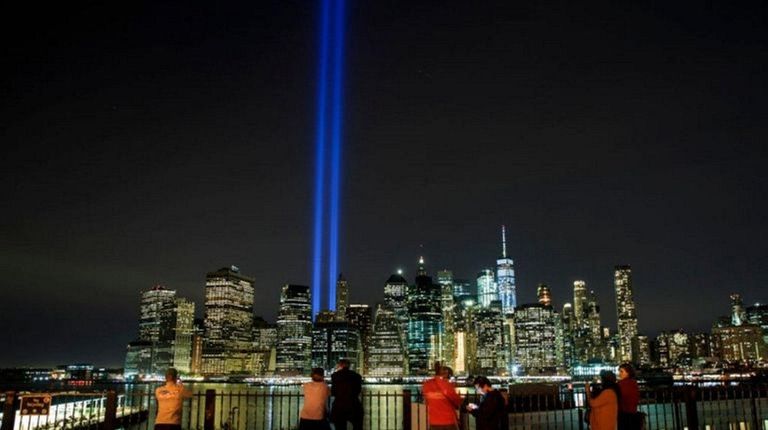 The “Tribute in Light” rises above the skyline of lower Manhattan (pictured here from the Brooklyn Heights Promenade) for the anniversary of the Sept. 11 terrorist attacks. Photo Credit: Getty Images / Drew Angerer

Among the police officers, firefighters and emergency medical personnel who rushed to the World Trade Center on the morning of Sept. 11, 2001, were thousands of others who responded.

That includes about 3,500 federal law enforcement officers, such as Federal Bureau of Investigation agents, U.S. marshals and others. In the months that followed, thousands more federal workers helped at the smoldering pile and the surrounding area.

Since the terror attack, 15 FBI agents have died of 9/11-related illnesses. Three of them died since March.

And yet, fewer than 1,000 federal agents and other employees who worked at Ground Zero or whose offices were in the federal buildings that dot lower Manhattan have registered with the September 11th Victim Compensation Fund.
Read more…