After previously claiming former Daily Show host Jon Stewart was “all bent out of shape” about the need to reauthorize the  9/11 Victim Compensation Fund, Senate Majority Leader Mitch McConnell appears to be changing his tune. The top Senate Republican is now slated to meet face-to-face with members of the first responders community to discuss the need to provide vital health care benefits to those who saved thousands during the attacks on September 11, 2001.

John Feal, a 9/11 recovery worker and the founder of the FealGood Foundation, confirmed to CBS News that McConnell has agreed to meet with a group of first responders to discuss the need to reauthorize the legislation first established nine years ago to help those with illnesses related to the 2001 terror attacks. The legislation has been brought back to the forefront after Stewart delivered a blistering rebuke of Congressional inaction on the measure just as the fund is running short of money.

Asked what he had hoped to accomplish with the meeting, Feal told CBS News: “To let him know we want our legislation refunded and extended in the near future and to sense our urgency and then be left alone.” He later said, “So he is either on board or he gets a street fight.”

Senate Majority Leader Mitch McConnell is meeting Tuesday with 9/11 first responders who’ve been pushing him to move aggressively to pass a new funding bill to care for Sept. 11 heroes and survivors, even as yet another of them lies dying.

Pressure has mounted on McConnell (R-Ky) since first responders, including cancer-stricken former NYPD Detective Luis Alvarez and comedian Jon Stewart gave heart-wrenching testimony to Congress a little over a week ago about the Victim Compensation Fund, which is running out of money.

Alvarez left that hearing for what would have been his 69th round of chemotherapy, but doctors discovered when he arrived that his liver was no longer functioning and there was nothing they could do.

Alvarez is now in hospice, still hoping Congress will act. “I will continue to fight until the Good Lord decides it’s time,” he posted on Facebook after hearing from his doctors.

His fellow first responders will go to Washington for him.

President Trump said he was “impressed” with Jon Stewart’s emotional testimony about continuing health care for 9/11 responders before a House panel but sidestepped a question whether he would direct Senate Majority Leader Mitch McConnell to ensure passage of the bill in his chamber.

Host Chuck Todd asked the president during an interview on NBC’s “Meet the Press” that as a New Yorker does he believe Stewart’s accusation that McConnell is standing in the way of reauthorizing the September 11 Victim Compensation Fund.“I liked what Jon Stewart did. I actually did. And I actually have a meeting on that subject next week. So we’ll see what happens,” Trump said.

ALBANY — City workers with illnesses linked to Sept.11 could soon see their right to unlimited sick leave enshrined into law.

State legislators gave final approval early Friday to a bill that would grant all city employees suffering from 9/11-related illnesses guaranteed access to time off — bypassing Mayor de Blasio, who currently doles out time through the city’s unions.

“We think this is the fair and right thing to do, to support those who supported us,” said sponsor Sen. Andrew Gounardes (D-Brooklyn). “This right should be universal and unequivocal, not subject to any collective bargaining agreements, not subject to the whims of any mayoral administration.”

City officials argued that the bill is unnecessary, noting that nearly all of the unions representing city employees have finalized sick leave agreements and that 101 employees with diagnosed 9/11-related conditions are being helped.

FDNY and NYPD civilian workers who don’t normally get unlimited sick leave, EMTs, and paramedics would all be covered under the bill. A similar piece of legislation granting unlimited paid sick leave to state employees with a 9/11-related illness outside of the city was signed into law in 2017. 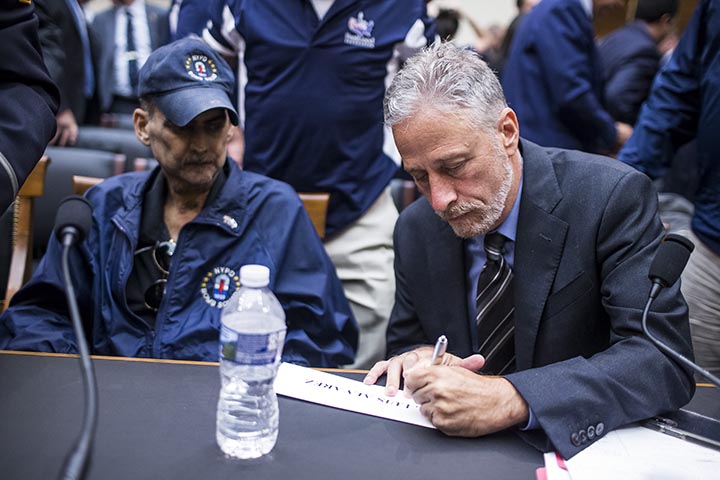