Congress has a duty to help our ailing 9/11 heroes

Detective Luis Alvarez’s heart-wrenching words Tuesday ought to settle the question immediately: Congress has a clear and urgent duty to replenish the 9/11 Victims’ Compensation Fund.

Gaunt and rail-thin, the former NYPD cop testified: “I will not stand by and watch as my friends with cancer from 9/11 like me are valued less than anyone else.”

This is not “a New York matter,” as many in the House and Senate seem to think, but a stain on the nation’s honor.

The fund helps cover the costs, mainly medical, suffered by the firefighters, cops, construction workers, etc., who spent weeks in the post-9/11 recovery and cleanup effort.

Just as the terrorists attacked America on that day, these Ground Zero workers served the entire nation in the months that followed. Even as the fires burned on into December, they searched and cleared the wreckage, leaving the site ready for reconstruction and the country able to begin to heal. 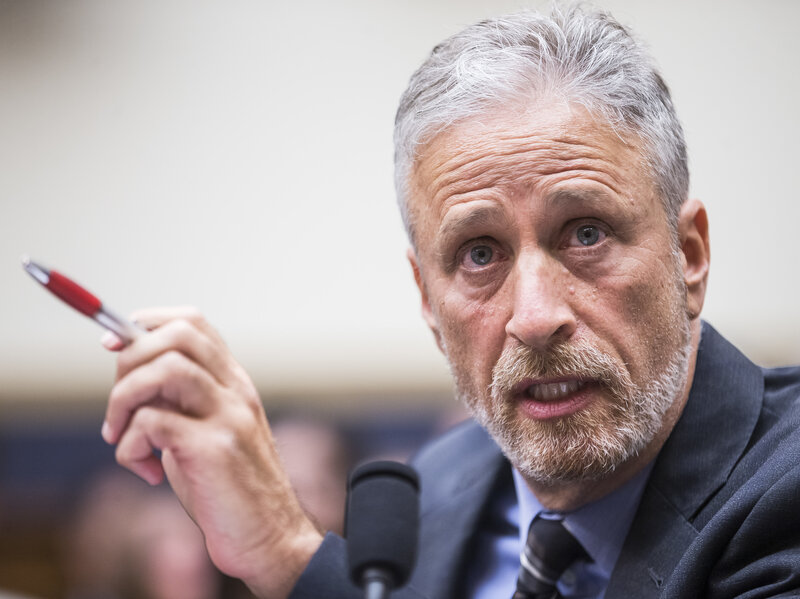 Jon Stewart testifies during a House Judiciary subcommittee hearing on the reauthorization of the September 11th Victim Compensation Fund.

Comedian Jon Stewart slammed representatives on Tuesday at a House Judiciary subcommittee hearing on funding for the September 11th Victim Compensation Fund, saying it was “shameful” that more of them did not attend.

“As I sit here today, I can’t help but think what an incredible metaphor this room is for the entire process that getting health care and benefits for 9/11 first responders has come to,” Stewart said in his statement. “Behind me, a filled room of 9/11 first responders; and in front of me, a nearly empty Congress.”

Rep. Steve Cohen noted that the hearing was held before the Judiciary Subcommittee on the Constitution, Civil Rights, and Civil Liberties and not the full committee.

“All these empty chairs, that’s because it’s for the full committee. It’s not because of disrespect or lack of attention to you,” the Tennessee Democrat said.

The hearing came just hours before the full House was set to vote on a civil contempt resolution against Attorney General William Barr and former White House counsel Don McGahn.

Stewart spoke alongside Luis Alvarez, a retired detective and 9/11 responder from the New York Police Department who has cancer linked to the 9/11 attacks and the aftermath.

‘You should be ashamed of yourselves’: Watch Jon Stewart tear into Congress over 9/11 victims fund

Comedian Jon Stewart took members of Congress to task on Tuesday, blasting part of the House Judiciary Committee for its low attendance at a hearing about reauthorizing funding for people with diseases linked to the 9/11 crash sites.

Congress created the Sept. 11th Victim Compensation Fund after the terrorist attacks of Sept. 11, 2001, to help anyone injured or sickened in the attacks or in the response process.

“As I sit here today, I can’t help but think what an incredible metaphor this room is for the entire process that getting health care and benefits for 9/11 first responders has come to,” Stewart told a subcommittee of the House Judiciary Committee. “Behind me, a filled room of 9/11 first responders, and in front of me, a nearly empty Congress.”

The House Judiciary Committee later voted unanimously to support a bill extending the Victim Compensation Fund. The full House is scheduled to vote on the bill next month. It is expected to pass in the House, but its fate in the Senate is unclear.

Former “Daily Show” host Jon Stewart’s demeanor on Capitol Hill Tuesday was vastly different from the one his fans were accustomed to seeing on Comedy Central. He was there to call for the reauthorization of the 9/11 Victim Compensation Fund, which was established nine years ago to provide health care benefits to first responders and others in the community with illnesses related to the 2001 terror attacks. Now, it’s running short of money.

In his emotional testimony before the House Judiciary Subcommittee on Civil Rights and Civil Liberties, Stewart at times broke down in tears, shouting at the lawmakers and calling them “shameful.”

“I can’t help but think what an incredible metaphor this room is … a filled room of 9/11 first responders and in front of me, a nearly empty Congress. Sick and dying, they brought themselves down here to speak to no one … shameful,” said Stewart at the outset of his remarks. A little over half of the 14-member subcommittee members were present, mostly Democrats.

New York State legislators want to give unlimited sick leave to city employees with illnesses linked to Ground Zero, taking the power away from Mayor de Blasio, who is doling out the much-needed help on a piecemeal basis through the city’s unions.

State Sen. Andrew Gounardes’ (D-Brooklyn) 9/11 sick leave bill is in clear opposition to a plan created by the de Blasio administration, which is in the final stages of hammering out deals with each city union instead of providing blanket coverage to all employees.

“The city said they will take care of this themselves, but they have yet to solve it,” said Gounardes, who hopes all three bills will pass by the end of the legislative session in Albany. “In the meantime more people are getting sick. The city is letting them down here.”

Officials urge passage of 9/11 Victims Compensation Fund extension: ‘Time for America to respond to the call’

Their heroism on 9/11 should not be forgotten.

Though the ultimate cost of the extension has not yet been determined, the lives at stake are invaluable, the lawmakers said.

Lawmakers On Both Sides Of The Aisle Say It’s Time For Those Suffering To Have The Help They Need For As Long As They Need It
June 9, 2019 at 6:58 pm

NEW YORK (CBSNewYork) — Sept. 11 first responders, emergency workers and civilians suffering from related illnesses and the families of those who have died since the attack are one step closer to knowing they will be compensated for their heroism.

On Sunday, lawmakers on both sides of the aisle announced that they’re working to ensure the Victim Compensation Fund, which is set to expire in 2020, will be extended indefinitely, CBS2’s Marc Liverman reported.

WASHINGTON — The Texas Congressman who sparred with 9/11 responders over his lack of support for a bill to help survivors and victims of the 2001 attacks is signing on to the legislation.

Rep. Dan Crenshaw (R), the eye-patch-wearing former Navy SEAL, wound up in a spat with responders after he criticized Rep. Ilhan Omar (D-Min.) for comments about 9/11 that were taken out of context and blasted around social media.

Using 9/11 to bash Omar when Crenshaw wasn’t backing the 9/11 bill — while she was — rubbed some responders the wrong way. They called him out on Twitter, including one who had gotten the brush off from the Texan in the hallways of Capitol Hill.

Some Democrats including New York Reps. Max Rose and Alexandria Ocasio-Cortez picked up the tweets and amplified them. Crenshaw accused Democrats of orchestrating an attack.