Steve White of Power of Ten writes the following in their newsletter:

Last week, together with the Spring Valley NAACP, they delivered a letter with more than 1500 signatures to the State Education Commissioner urging her to take immediate action to stop the ongoing civil rights violations in the East Ramapo Central School District.

Asian-American students were harassed and kept from entering a meeting at a school after they participated in a protest against proposed changes By Chancellor Carranza to testing and admissions requirements for NYC specialized high schools. Advocates for Justice has commenced a lawsuit on behalf of Chinese American Citizens Alliance Greater New York and five individual Asian-American plaintiffs against Carranza, Mayor De Blasio, the Assistant Principal of the school where the meeting was held and several police officers.

The district has, for many years, provided students who attend non-public schools, such as yeshivas, with multiple busing routes in the morning and afternoon.

A group of parents is questioning the motives of a Ramapo Central School District plan to trim transportation offerings next fall to private school students, with some saying it is an attempt to oust the Jewish community from an area that’s seen a growth in the Orthodox and Hasidic population in recent years.

For many years, the district has provided students who attend non-public schools, such as yeshivas, with multiple busing routes in the morning and afternoon. But school officials say rising costs caused by an increase in the number of students who seek busing has prompted them to search for a more cost-effective way to manage the multi-million dollar transportation budget.

“It reeks of something else,” said Andrea Jaffe, whose child attends Bais Yaakov of Ramapo. She added that she suspects there is “a discomfort with changing demographics in neighborhoods” within the Ramapo Central District, which serves Airmont, Hillburn, Sloatsburg, Montebello, Suffern and part of Monsey.

The guidelines released Tuesday apply to all private schools but could have the greatest impact on ultra-Orthodox Jewish schools, called yeshivas, that critics have accused of providing little or no instruction in secular subjects like English and math.

“Although we are still reviewing NYSED’s guidelines, we have always believed that updated guidelines are an important step toward bringing about useful oversight of secular instruction at ultra-Orthodox yeshivas in New York,” said Naftuli Moster, the founder of Young Advocates for Fair Education, or YAFFED, a group that advocates for improved secular education at yeshivas.

The pro-yeshiva group Parents for Educational and Religious Liberty in Schools said it worries local school districts may use these guidelines “as license to intrude into the fundamental working and mission of religious schools.”

The group said in a statement, “Any attempt to impose uniformity on the almost 1,800 nonpublic schools in New York State, however well-intentioned, is only going to succeed if it appropriately accounts for the uniqueness of our schools and our educational system.”

Under the guidelines, staff members from local school districts will visit each nonpublic school once every five years and will determine whether the schools are providing enough instruction in required subjects including English, math, social studies and science.

Private schools that don’t comply with state requests to improve academic instruction as part of a new review process could face sanctions that would, in the worst cases, effectively shut a school.

On Tuesday, the SED issued its long-awaited guidelines on determining whether private schools, particularly Hasidic yeshivas, are complying with state law when it comes to teaching secular academics.

Based on the new standards, schools districts will be required to start conducting substantial equivalency reviews during the 2018-2019 school year of religious and independent schools within their district. The Education Department expects districts to complete initial reviews by Dec. 15, 2021, and to revisit schools on a five-year cycle.

The review process will be slow moving, in part, because there is no additional funding for school districts that have to review private schools.

Threatening to get tough (eventually) on schools that don’t teach

Years into the investigation into whether some yeshivas fail to provide the basic education required by state law, the State Education Department is threatening to get tough.

SED last week issued new guidelines on how it will enforce requiring non-public schools to offer “substantial equivalency of instruction” — that is, whether they teach basics in secular subjects like English, history, math and science.

The rules give Education Commissioner MaryEllen Elia a hammer: She can deny cash (for transportation, special education and other funding) to schools that don’t teach — and also list their students as not attending a real school, which means trouble for the parents of the “truant” kids.

But getting to the penalty stage may take quite some time. The rules don’t seem to even start any penalty phase until Dec. 15, 2021.

Huh? The Department of Education has (theoretically) been investigating dozens of yeshivas for three years now. Yet last month Schools Chancellor Richard Carranza revealed six high-school-equivalent yeshivas have refused access to DOE’s evaluators. Do those schools get to restart the clock?

Even then, the guidelines call for joint action between the school and SED officials to get a problem school into compliance.

As Naftuli Moster, the activist who’s led the fight for yeshiva accountability, notes, leaving any real action until 2022 is “far too long for students who are being denied a comprehensive educational experience, day in and day out, to wait.”

All in all, it looks like New York’s leaders have punted on this issue once again. 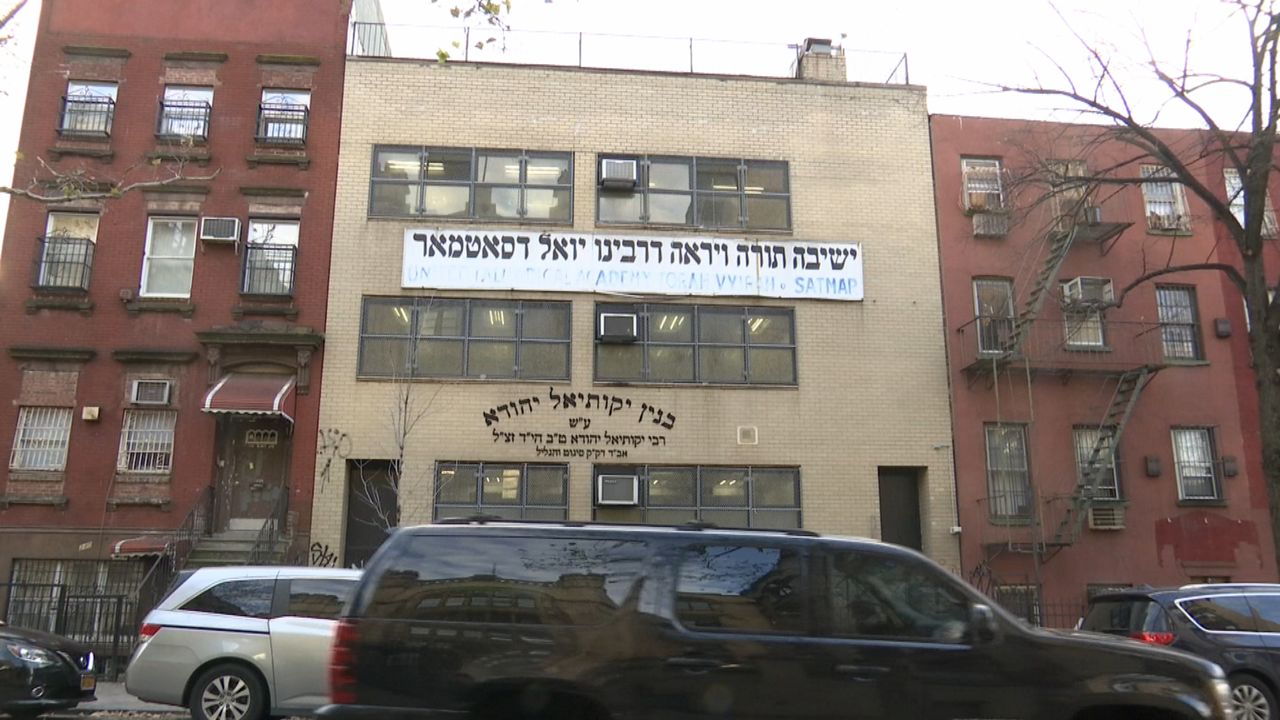 A file image of a yeshiva in Brooklyn. Regulations that state education officials announced Tuesday on what private schools teach could have the greatest impact on yeshivas in the city that, according to critics, provide little or no instruction in secular subjects like English and math.

NY Outlines New Guide­lines for What Private Schools Must Teach

The guidelines released Tuesday apply to all private schools. But they could have an immediate impact on Orthodox Jewish schools that critics have accused of providing little or no instruction in secular subjects like English and math.

The amount of math, English and other secular subjects being taught in Kiryas Joel’s Hasidic schools will be given fresh scrutiny under state rules issued on Tuesday to tighten enforcement of a longstanding legal requirement on nonpublic schools in New York.

The state is ordering public school superintendents and the New York City schools chancellor to review all religious and other private schools operating in their districts and determine if they are providing a “substantially equivalent” education to that of the public schools. In practice, that sets up potential conflicts with ultra-Orthodox schools that prize intensive Torah study over secular instruction, especially for older boys.

Reviewing the yeshivas in and just outside Kiryas Joel that enroll more than 13,000 students will fall to Joel Petlin, superintendent of Kiryas Joel’s public school for special-education students, and Monroe-Woodbury school Superintendent Elsie Rodriguez. Both listened to a conference call that state Education Commissioner MaryEllen Elia held with reporters on Tuesday to explain the new rules, and said afterward that they needed to wade through the materials and get more information before assessing the potential impact.

“I think I have more questions than I have answers,” Rodriguez said.